To select a type of object, click “Details/Borrow”, then select which object to reserve. 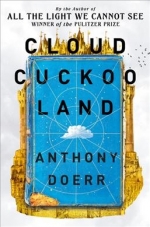 Thirteen-year-old Anna, an orphan, lives inside the formidable walls of Constantinople in a house of women who make their living embroidering the robes of priests. Restless, insatiably curious, Anna learns to read, and in this ancient city, famous for its libraries, she finds a book, the story of Aethon, who longs to be turned into a bird so that he can fly to a utopian paradise in the sky. This she reads to her ailing sister as the walls of the only place she has known are bombarded in the great siege of Constantinople. Outside the walls is Omeir, a village boy, miles from home, conscripted with his beloved oxen into the invading army. His path and Anna’s will cross.

Five hundred years later, in a library in Idaho, octogenarian Zeno, who learned Greek as a prisoner of war, rehearses five children in a play adaptation of Aethon’s story, preserved against all odds through centuries. Tucked among the library shelves is a bomb, planted by a troubled, idealistic teenager, Seymour. This is another siege. And in a not-so-distant future, on the interstellar ship Argos, Konstance is alone in a vault, copying on scraps of sacking the story of Aethon, told to her by her father. She has never set foot on our planet.

Anna, Omeir, Seymour, Zeno, and Konstance are dreamers and outsiders who find resourcefulness and hope in the midst of gravest danger. Their lives are gloriously intertwined. 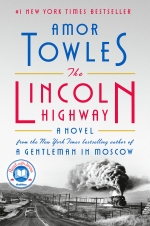 In June 1954, 18-year-old Emmett Watson is driven home to Nebraska by the warden of the juvenile work farm where he has just served 15 months for involuntary manslaughter. His mother long gone, his father recently deceased, and the family farm foreclosed upon by the bank, Emmett's intention is to pick up his eight-year-old brother Billy and head to California, where they can start their lives anew. But when the warden drives away, Emmett discovers that two friends from the work farm have hidden themselves in the trunk of the warden's car. Together, they have hatched an altogether different plan for Emmett's future, one that will take them all on a fateful journey in the opposite direction - to the city of New York.

Spanning just 10 days and told from multiple points of view, Towles' third novel will satisfy fans of his multilayered literary styling while providing them an array of new and richly imagined settings, characters, and themes. 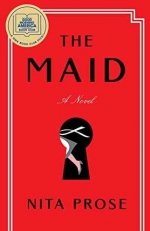 
Molly Gray is not like everyone else. She struggles with social skills and misreads the intentions of others. Her gran used to interpret the world for her, codifying it into simple rules that Molly could live by.

Since Gran died a few months ago, twenty-five-year-old Molly has been navigating life’s complexities all by herself. No matter—she throws herself with gusto into her work as a hotel maid. Her unique character, along with her obsessive love of cleaning and proper etiquette, make her an ideal fit for the job. She delights in donning her crisp uniform each morning, stocking her cart with miniature soaps and bottles, and returning guest rooms at the Regency Grand Hotel to a state of perfection.

But Molly’s orderly life is upended the day she enters the suite of the infamous and wealthy Charles Black, only to find it in a state of disarray and Mr. Black himself dead in his bed. Before she knows what’s happening, Molly’s unusual demeanor has the police targeting her as their lead suspect. She quickly finds herself caught in a web of deception, one she has no idea how to untangle. Fortunately for Molly, friends she never knew she had unite with her in a search for clues to what really happened to Mr. Black—but will they be able to find the real killer before it’s too late? 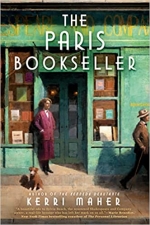 When bookish young American Sylvia Beach opens Shakespeare and Company on a quiet street in Paris in 1919, she has no idea that she and her new bookstore will change the course of literature itself.

Shakespeare and Company is more than a bookstore and lending library: Many of the prominent writers of the Lost Generation, like Ernest Hemingway, consider it a second home. It's where some of the most important literary friendships of the twentieth century are forged—none more so than the one between Irish writer James Joyce and Sylvia herself. When Joyce's controversial novel Ulysses is banned, Beach takes a massive risk and publishes it under the auspices of Shakespeare and Company.

But the success and notoriety of publishing the most infamous and influential book of the century comes with steep costs. The future of her beloved store itself is threatened when Ulysses' success brings other publishers to woo Joyce away. Her most cherished relationships are put to the test as Paris is plunged deeper into the Depression and many expatriate friends return to America. As she faces painful personal and financial crises, Sylvia—a woman who has made it her mission to honor the life-changing impact of books—must decide what Shakespeare and Company truly means to her. 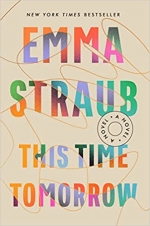 What if you could take a vacation to your past, without the filter of memory? What would you give to go back in time and relive your youth, in person, with the people who shared it? On the eve of her 40th birthday, Alice's life isn't terrible. She likes her job, even if it isn't exactly the one she expected. She's happy with her apartment, her romantic status, her independence, and she adores her lifelong best friend. But something is missing. Her father, the single parent who raised her, is ailing and out of reach. How did they get here so fast? Did she take too much for granted along the way? When Alice wakes up the next morning somehow back in 1996, it isn't her 16-year-old body that is the biggest shock, or the possibility of romance with her adolescent crush, it's her dad: the vital, charming, 49-year-old version of her father with whom she is reunited. Now armed with a new perspective on her own life and his, is there anything that she should do differently this time around? What would she change, given the chance? With her celebrated humor, insight, and heart, Emma Straub cleverly turns all the traditional time travel tropes on their head and delivers a different kind of love story - about the lifelong, reverberating relationship between a parent and child.

Everyday sewing is a breeze with the GX37, 37-Stitch Brother sewing machine. The GX37 comes with 37 built-in utility and decorative stitches, perfect for everyday sewing and mending, as well as garment construction and applique! The stitches are conveniently printed on the machine, and selecting your stitch is as easy as turning a dial. Make virtually perfect buttonholes with the automatic one-step buttonhole stitch and buttonhole foot. This machine also features free arm sewing capability, ideal for sewing cuffs and sleeves. The GX37 comes packed with included accessories such as zigzag foot, buttonhole foot, zipper foot, button sewing foot, blind stitch foot, and narrow hemmer foot as well as dust cover and instructional DVD to get you started!

A Chromebook is a compact laptop perfect for browsing the internet, conducting research, streaming videos, and more.

Learn how to use a Dell Chromebook : Download Manual

Maximum Use: 2 loans per patron per month
Quantity in Inventory: 6

The TI 84 CE Plus is a graphing calculator that is perfect for students. Featuring all that a learner of any age could need to tackle mathematics, the Abbot Library is proud to have this Texas Instrument in our Library of Things.

Lightweight, yet durable enough to withstand the demands of the classroom year after year

Code on the go — students can code anytime, anywhere with the power of portable programming

Ideal for students to use in any learning environment, virtual or in person

Display expressions, symbols and fractions just as you write them

Learn how to use a Graphing Calculator: TI-84 Plus CE: Download Manual 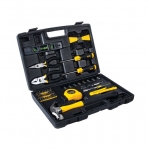 Hex key sets come in durable caddies to keep keys organized, one for SAE keys and a separate one for metric